We are thankful to announce that we received the german Lighting-Award 2014 in the category newcomer for our installation Schöner Schein.

“Water-Lily-Nation” is a poetic light installation set up as a colony of more than hundred glowing blossoms – a lively swarm of flowers floating on the water, gathering around a big queen-flower like a royal suite. Usually all the flowers glow in organic changing colour moods. In their midst „perched“ the Queen-flower and her royal court of five bigger guardian flowers that emit quiet pulsating lights. The viewer can witness how the communication between the adjacent flowers forms a poetic picture of a living organism and thus beguile the viewer. But, should they feel disturbed by the flashing of a camera the larger guardian flowers and queen flash back to protect the colony. Instantly the small ones hide in darkness from the visitors view until those sensible creatures recover from the shock and feel safe again. Then they return gradually back to the exhilarating play of colours. 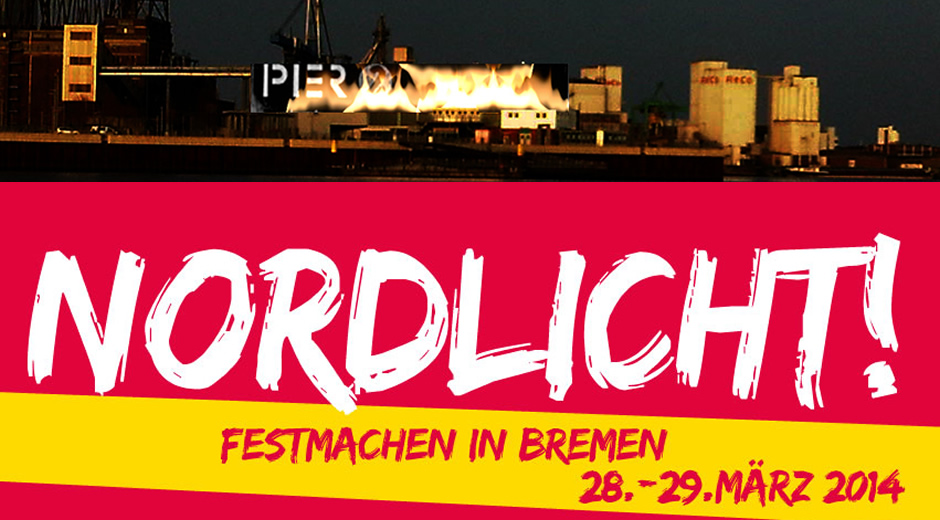 For the debut of the music festival NORDLICHT! it’s all about fire. So we virtually burn the Pier 2 with a facade projection mapping.

There are still tickets available for NORDLICHT! at www.nordlicht-bremen.de so come numerous.